Providing Training for All Skill Levels

Mobile gaming is a fast-growing, multibillion-dollar industry that connects users over the internet to play games through their mobile phones or other portable devices. Founded in 2014, Huuuge connects more than three million monthly users from nearly 200 countries. The company’s employees—based in 10 cities worldwide—work mostly in game studios and also in departments with different functions, such as big data, IT, business applications, and security. Thus, employees require different types of knowledge and skills. The more Huuuge used AWS solutions across its various departments, the more management realized there was an opportunity to dig deeper into what AWS could provide. So in the fourth quarter of 2020, Huuuge started to consider a more structured approach to training. In April 2021, it offered its first AWS Training sessions geared toward helping employees learn how to understand the cloud on a foundational level. From there, Huuuge continued to invest in AWS Training to upskill its staff.

Huuuge’s AWS Training program included 1-day foundational courses for new employees and 3-day specialized online sessions that deepened the skills of the company’s technical teams, who participated together despite being spread across multiple locations. AWS trainers provided links to documentation after training so that people could continue to learn on their own. Plus, trainers remained available to answer questions by email weeks after a course had ended. In addition, 20 newly trained employees worked together to create solutions to open-ended problems based on real-world scenarios using Jams by AWS Professional Services, immersive engagements that encourage participants to up-level skills on AWS. Because Huuuge teams worked together to solve multidimensional problems, the experience fostered a shared understanding of solutions on AWS. “Previously, our teams had been doing a lot of great work on AWS—but in silos,” says Marcin Safranow, IT director at Huuuge. “Now we view AWS in a more holistic way."

Huuuge used a variety of AWS Classroom Training solutions that expanded its employees’ expertise on the AWS solutions they were already using. Many employees started with the basics by participating in AWS Technical Essentials, a 1-day course that introduces the foundations of cloud computing, storage, and networking on AWS. The company also took advantage of many more advanced offerings on AWS. For example, 26 employees took Architecting on AWS, which guides participants through the process of designing optimal IT solutions based on real-life scenarios during the 3 days of instruction. The course uses the AWS Well-Architected Framework, which helps users to learn architectural best practices for designing and operating reliable, secure, efficient, and cost-effective solutions in the cloud.

Other Huuuge groups took courses in systems operations, development, and security engineering. “The more we know about all the capabilities of AWS, the better we can use them in our products,” says Safranow. Security has always been a top priority for Huuuge, and AWS Training helped improve the team’s insight into how to build multiple layers of enhanced security solutions on AWS. The entire security team took the 3-day course Security Engineering on AWS, which focuses on enhancing the security of data and solutions in the cloud.

Not only did AWS Training upskill technical employees, but also it helped higher-level executives formulate meaningful suggestions to their technical teams and ultimately informed decision-making. “The number of mistakes and misunderstandings decreased substantially,” says Wojciech Stejka, development manager at Huuuge. “People knew how to ask better questions.” By emphasizing learning, Huuuge enhanced communication within and among its departments, improving collaboration and saving time. “At the end, we were able to speak the same language as the engineers,” says Łukasz Wachowicz, development manager at Huuuge. “That’s extremely important. There’s less chance of miscommunication.”

Furthermore, AWS Training has helped Huuuge cut costs by applying newfound knowledge to optimize the services the company was already using. For example, managers learned more about AWS Graviton processors, which deliver strong price performance for cloud workloads running in Amazon Elastic Compute Cloud (Amazon EC2), a web service that provides secure, resizable compute capacity in the cloud. Based on this deeper understanding, Huuuge started an ongoing process of mixing and matching Amazon EC2 instances to balance performance and cost savings. “Using AWS Training gave us many ways to improve and overlapped with our initiative to cut costs,” says Safranow. “We gained many different ideas that simplify our daily work.” For example, in the third quarter of 2021, Huuuge spent 21 percent less on Amazon EC2 usage than it had spent in the first quarter.

In addition to the internal benefits from AWS Training, Huuuge is hoping that its substantial investment in employee education will attract highly sought-after recruits, especially in Poland where most of its staff is located. “Cloud adoption is gaining momentum, and people are keen on expanding their skills,” says Wachowicz. “If somebody would like to work in the cloud, we would be a company to consider. We have a number of AWS solutions and training in place and a lot of employees who share their knowledge.”

Huuuge plans to incorporate additional AWS Training courses that deep dive into specific services, particularly those that focus on big data. The company anticipates that its comprehensive training on AWS will result in improved time to market for its products in addition to innovations that will create an even better experience for users. “Using AWS Training helped us understand how to work in the cloud as a team,” says Safranow. “We have a lot of teams working independently, but those teams now share common foundations, tools, and techniques.”

Huuuge is a game developer and publisher focused on the multibillion-dollar mobile gaming industry. Huuuge connects more than 200 million users in nearly 200 countries who play video games over the internet using their portable devices. 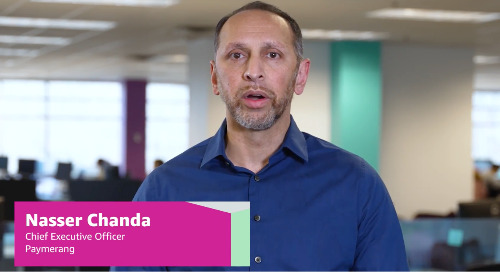 How much more agile could your business be with the right cloud skills? Paymerang recently brought in AWS T... 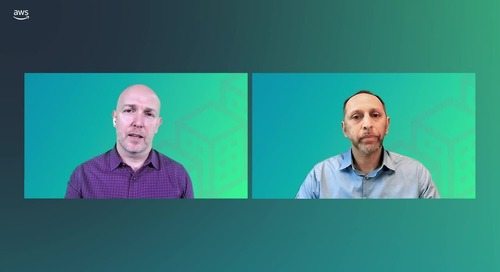 Hear from Nasser Chanda, CEO of Paymerang, about how they utilize training to develop cloud expertise in ex... 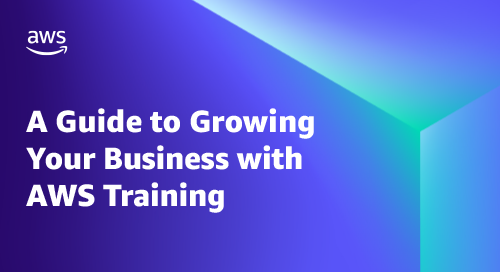 NEW Guide to Growing Your Business

How is your organization addressing the digital skills gap? Take a look at the top trends impacting cloud training, and hear from global small and medium businesses on how to do it right. 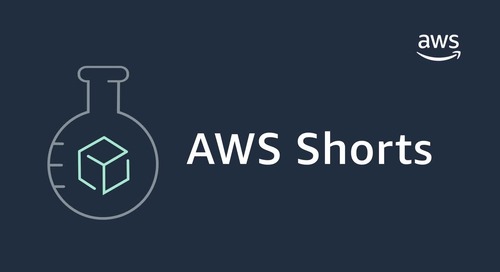 Learn how the AWS Cloud helps you save costs, increase operational efficiencies, and drive growth. 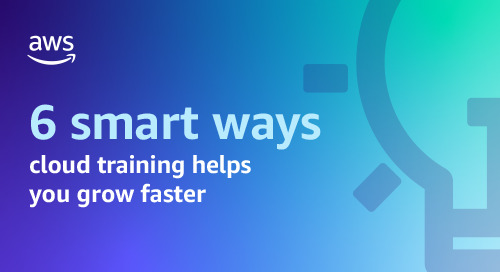 Discover how AWS Training and Certification helps your team unlock the possibilities of the cloud to increase efficiency, agility, and profitability. 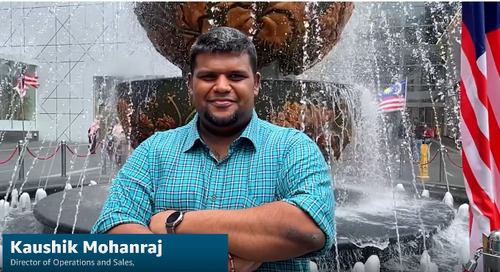 Born-in-the-cloud consulting company, Blazeclan, created a Cloud Center of Excellence for their employees to foster a culture of continuous upskilling. 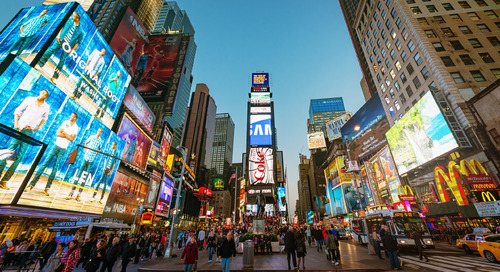 With over 170 million files to manage, 123RF Technology needed a way to scale its storage capacity much faster. Before migrating to the AWS Cloud, it needed to close the organization's skills gap.

How much more agile could your business be with the right cloud skills? Paymerang recently brought in AWS Training and Certification to help upskill its engineering team for the AWS Cloud.

Hear from Nasser Chanda, CEO of Paymerang, about how they utilize training to develop cloud expertise in existing employees, retain top performers, and attract the next generation of technical talent.